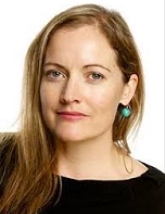 Dr Alexandra Campbell has been a financial member of AMSA since attending her first national conference as an undergraduate student in Brisbane, QLD back in 2003. She was awarded her PhD in Ecology at UNSW in 2011. During her PhD candidature Alex attended a number of AMSA national conferences, including the joint meeting with NZMSS in Christchurch in 2008, where she received the Victorian Marine Sciences Consortium award for ‘Best Student Presentation’. She also served as a student representative on the NSW AMSA council and in this capacity, organised a student workshop called ‘Publish or Perish’, which was held at the Sydney Institute of Marine Science (SIMS) in 2010 and attended by more than 50 postgraduate students.

Following the award of her PhD, Alex was employed as a postdoctoral researcher by the Centre for Marine Bio-Innovation and SIMS. During this time, she attended several AMSA national conferences (including Perth WA in 2012 and Gold Coast, QLD in 2013). She also completed visiting fellowships at Singapore’s Nanyang Technical University in 2012 and the University of Western Australia’s Oceans Institute in 2013. She had a significant career interruption following the birth of her twin sons in June 2015 and worked on a reduced, part-time basis between her return to work in early 2016 until the end of her postdoctoral fellowship in 2017.

In February 2018 she commenced a Lectureship at the University of the Sunshine Coast in Queensland and now serves as a councillor for the QLD branch of AMSA. Since moving to QLD in early 2018, Alex has already had an opportunity to contribute to the AMSA community by delivering a workshop on ‘science communication’ to students at a recent ‘student conference’ held by AMSA QLD at the Moreton Bay Research Centre on Moreton Island.

Alex is an award-winning marine ecologist who combines field ecology with environmental microbiology, natural products chemistry and environmental science to conduct solutions-driven science. She strives to answer questions about how climate change influences interactions between habitat-forming organisms and the things that consume, infect or live on them and is especially interested in macro-micro interactions and how microbiomes might be manipulated to influence host health, performance and ecosystem function. She is passionate about ecological conservation and restoration and increasingly interested in how human health and wellbeing are linked to ecosystem function in the marine realm. Alex believes that effective science communication is essential for conservation and the future of science and is actively engaged in outreach activities to bring science into everyday life.