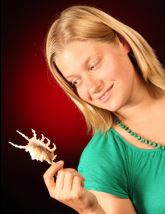 Rachel is the Director of Discovery & Engagement and a marine ecologist at Geoscience Australia in Canberra. She currently leads education, outreach and engagement projects to promote Earth sciences to the Australian community. She is also involved in marine research on biodiversity patterns, resource management, and impacts of anthropogenic stressors. Recent achievements including leading the Gippsland Marine Environmental Monitoring project in which the potential impacts of a marine seismic survey on fish and scallops were assessed to address concerns from fisheries and petroleum industries; the development of a suite of national marine sampling standards NESP Marine Biodiversity Hub to which over 130 individuals from 53 agencies contributed; and production of a monthly newsletter to engage the international ocean observing community in best practices. Rachel completed her PhD at the University of Wollongong in 2005 where she studied the effects of multiple stressors on molluscan embryos, as well as their associated chemical and behavioural protection. She then undertook a postdoctoral position at Stony Brook University in New York as a visiting professor where she investigated the effects of harmful algae on commercially important clams. Rachel also has a background in science communication and has an interest in the influence of modern media on the public perceptions of marine and Earth sciences.